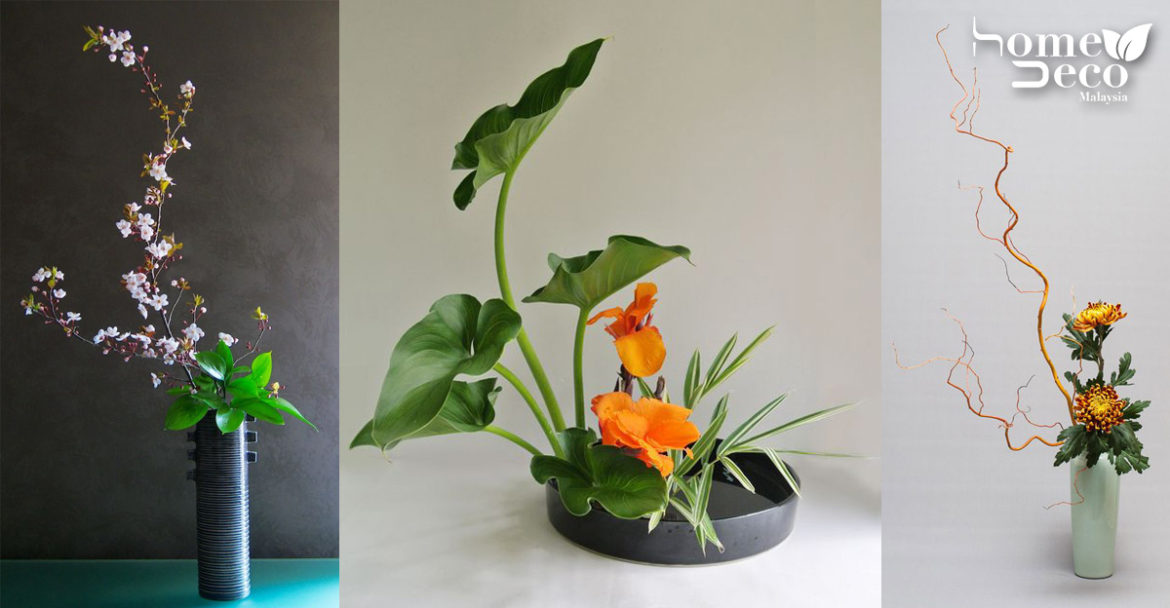 Flower arranging is an enjoyable past time but if you have gotten bored with the usual method, why not give ikebana a try?

Ikebana is the art of beautifully arranging cut stems, leaves and flowers in vases and containers. With ikebana, only a few stems and leaves are used to arrange the flowers elegantly and bring out the plant’s features. Thus, it has a minimalist look as compared to the usual layered flower arrangements.

Here are two ikebana styles to try the next time you’re arranging flowers! 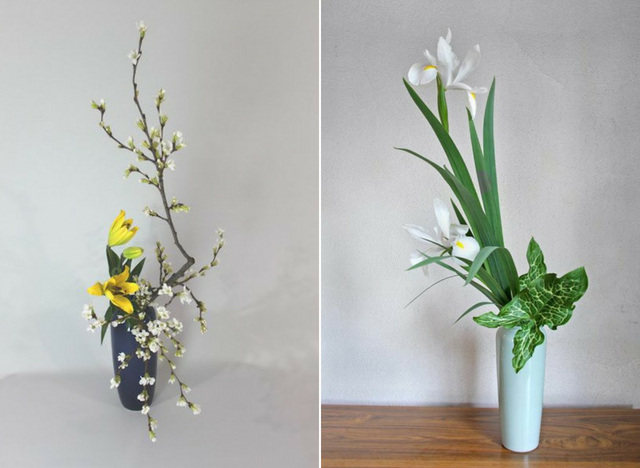 Heika (aka rikka, shoka or seika) is a basic style of ikebana flower arrangement. The heika arrangement uses a tall vase and highlights vertical lines. The biggest feature of a heika arrangement is to bring out the natural charm of the flowers and arranging them in a tasteful and elegant way.

There are three main elements to follow: the primary, secondary and ornamental stems. The lengths, positions and angles to arrange the stems depend on the type of heika style used. The slanting style is one of the most popular heika arrangements. 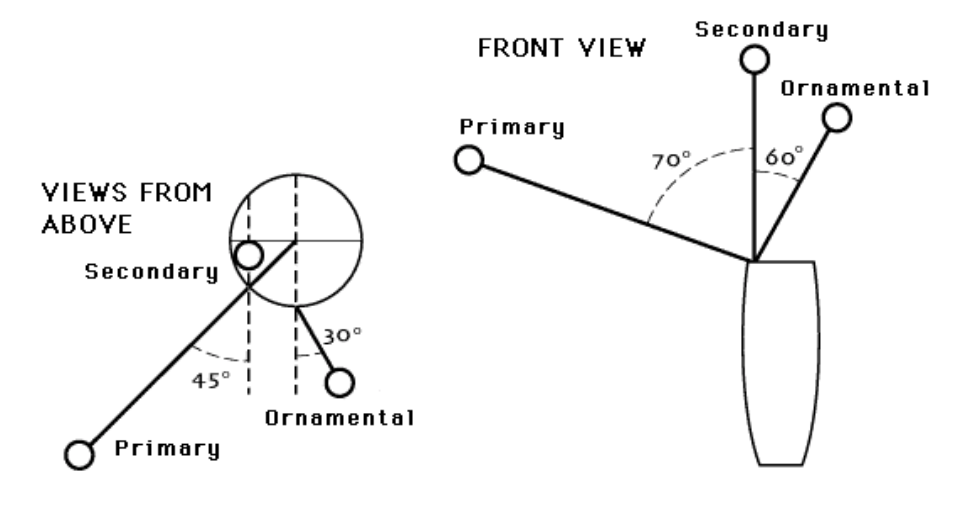 The primary stem is tilted forward around 70 degrees and scattered across a 45-degree area to the front and left.

The secondary stem is placed behind and to the left of the primary branch to create depth.

The ornamental stem will be slanted forward at a 60-degree angle across a 30-degree area to the right of the primary and secondary elements. 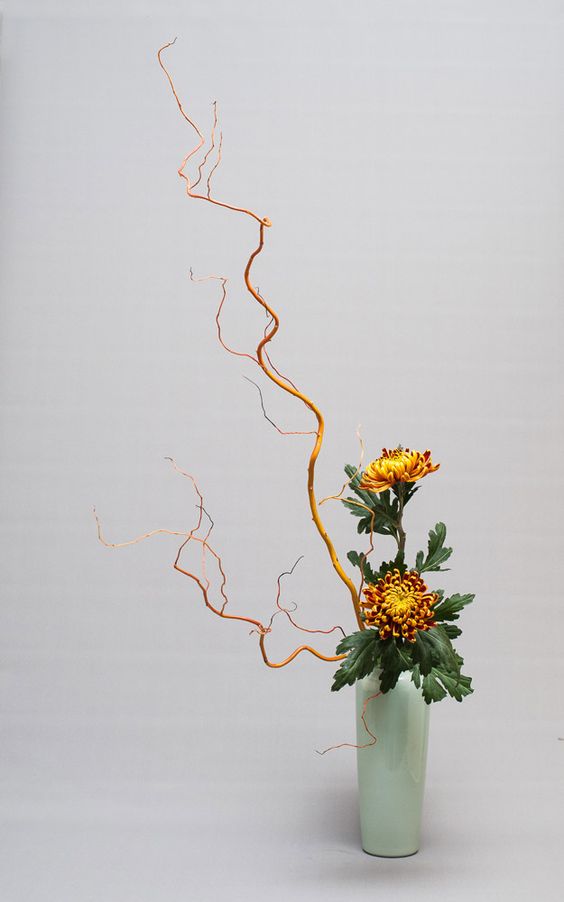 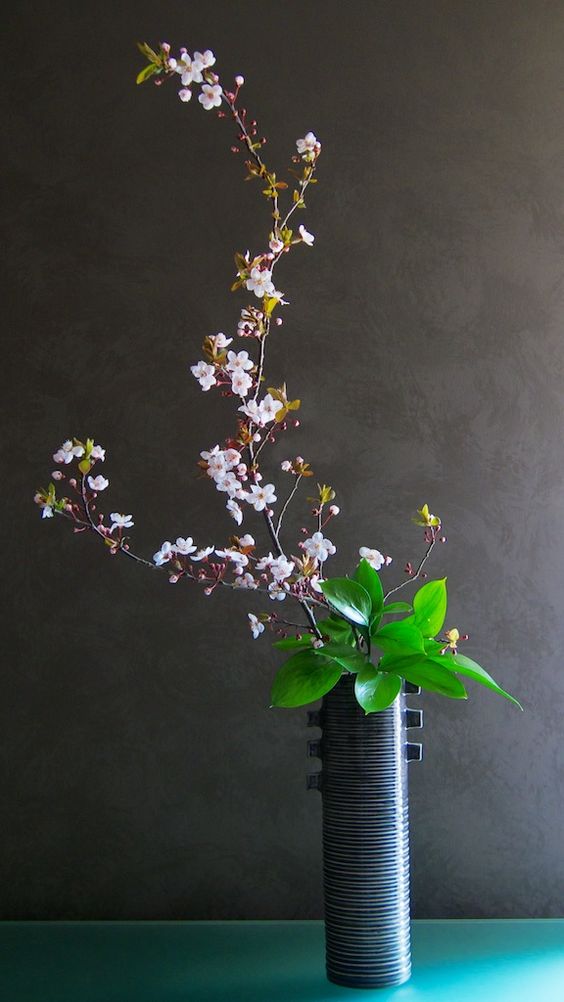 Moribana uses a shallow container and a kenzan (a holder with sharp points to hold flower stems). The upright style is one of the most common arrangements and exudes a feeling of stability and gravity.

For moribana, the primary stem is as long as the diameter and depth of the container. The secondary stem is around two-thirds while the ornamental stem will be around half the length of the primary branch.

The primary stem will be placed vertically with the secondary stem tilted at 45-degrees and scattered over a 30-degree area to the front and left.

The ornamental stem will be tilted 60-degrees and placed across a 45-degree area to the front and right. The three stems should form a right triangle. Extra flowers will be placed within the triangle to fill it out. 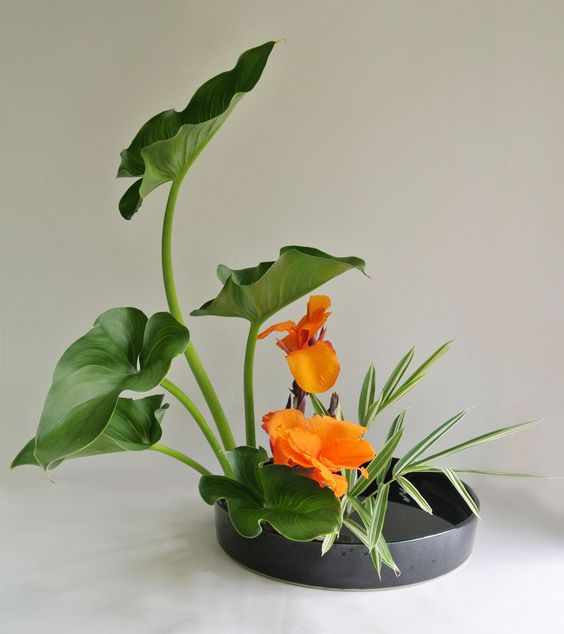 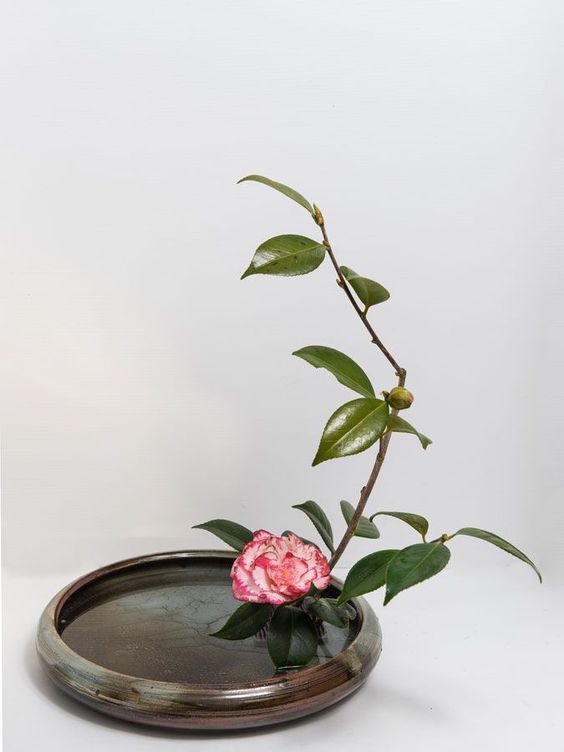