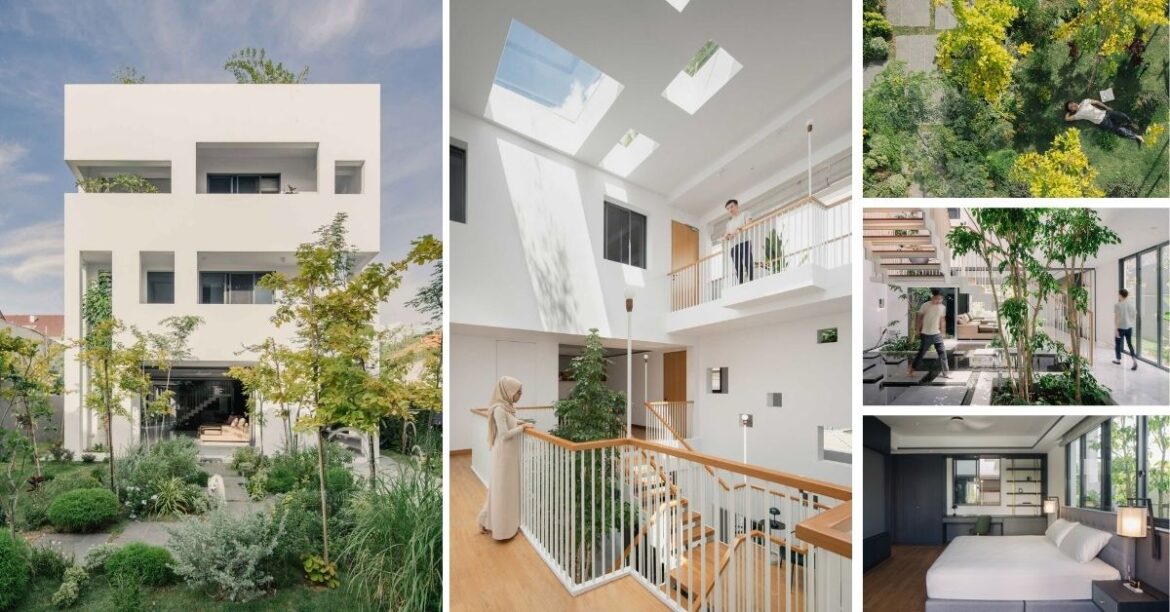 Keeping the three-generation family together, was the key consideration for the Envelope House. The client’s young family of three, their parents, and the aunt has stayed in close proximity in the same housing block for several years.

The house reflects their close-knit bond while retaining everyone’s individuality, independence, and privacy. 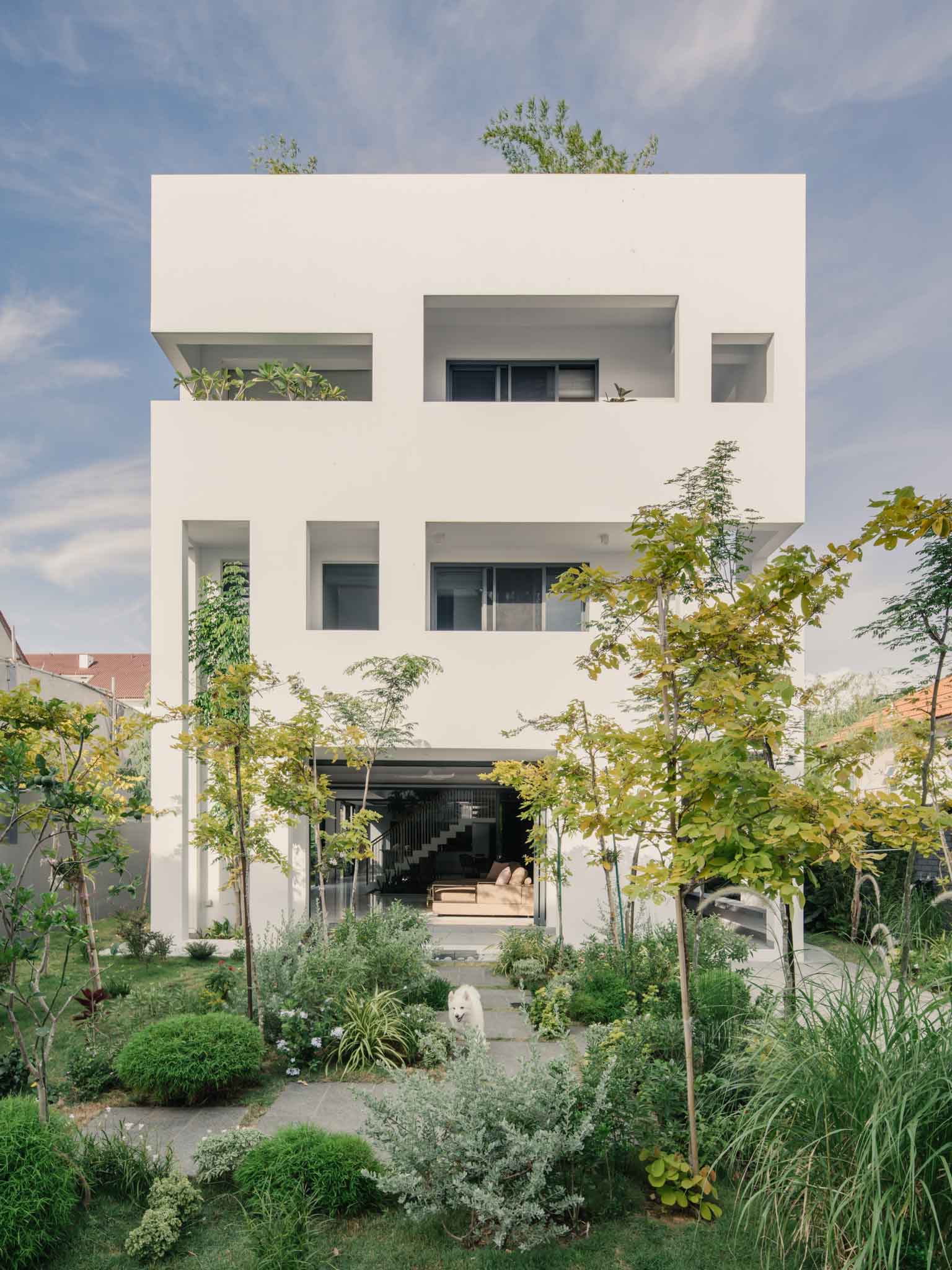 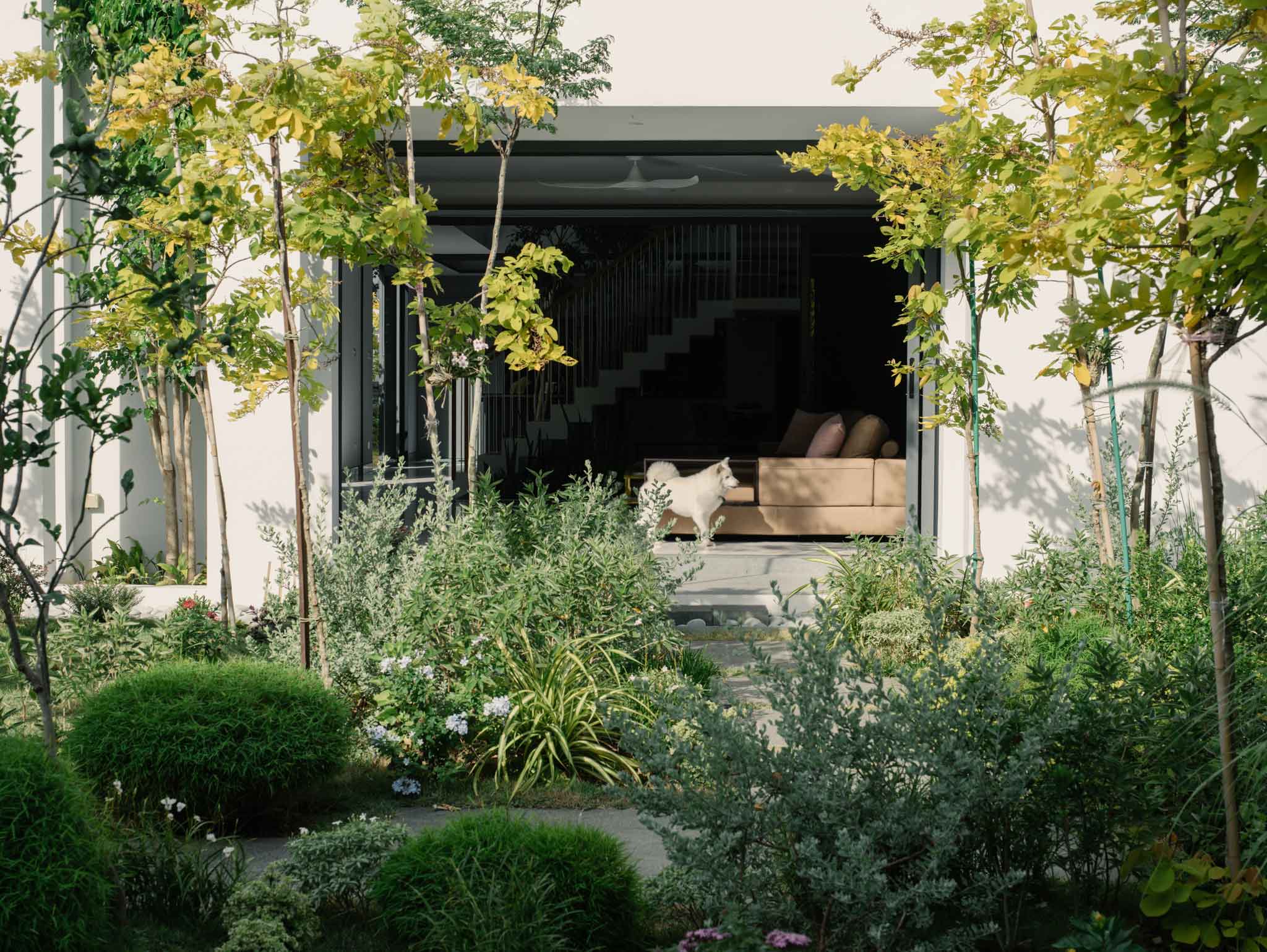 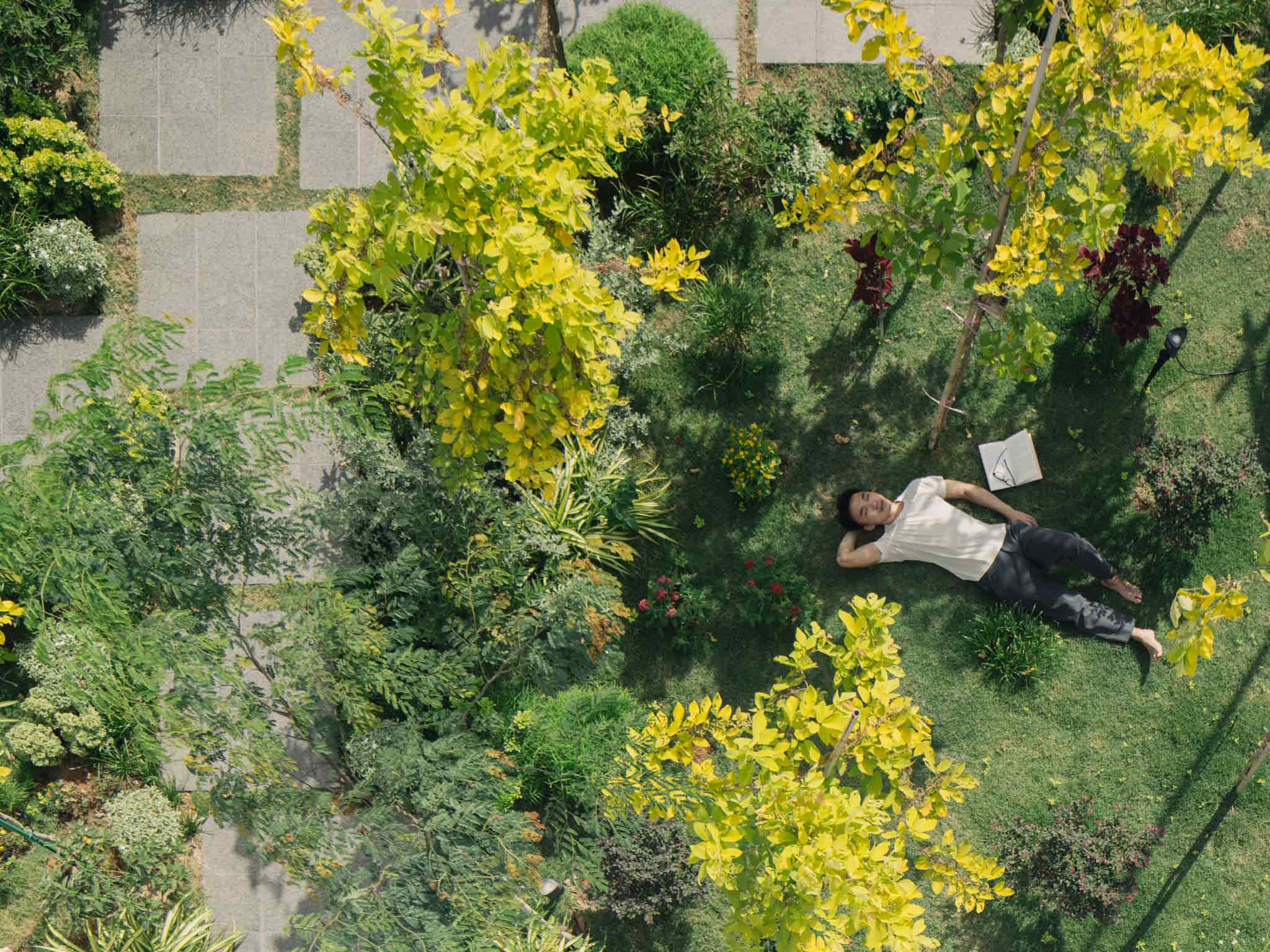 The client desired a three-story house – the ground floor would be dedicated to communal areas like the living room, dining, and kitchen. The first floor would be for the grandparents and aunt, and the second floor would house the client’s family.

Incorporating green pockets and indoor gardens, was yet another integral part of the brief.

To address these wishes, the architectural studio Asolidplan conceived a parti which was a white box, punctuated with openings of varying sizes.

The core of the house is formed by an expansive triple-height, landscaped courtyard that is brightly lit by an interplay of skylights. 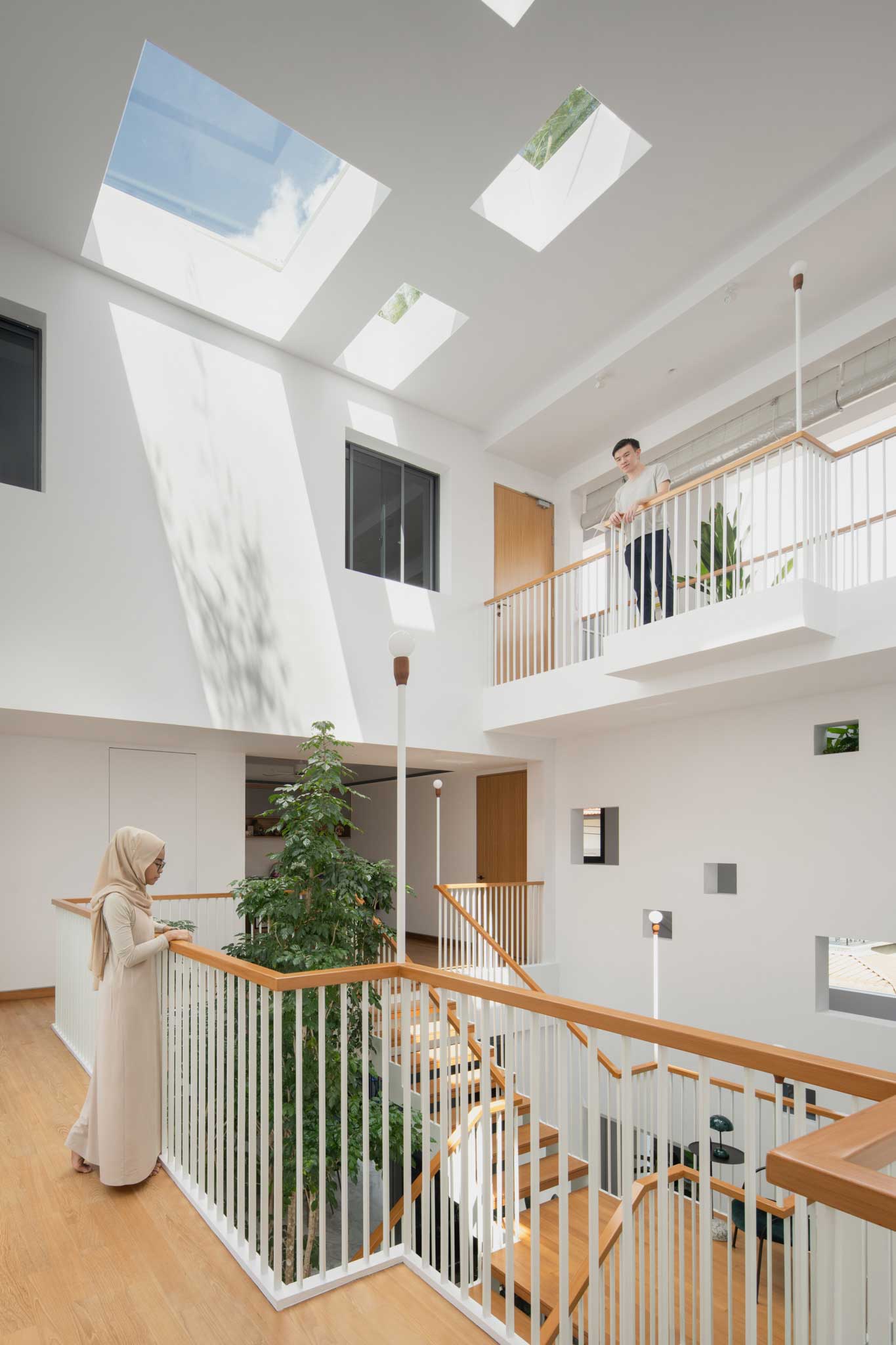 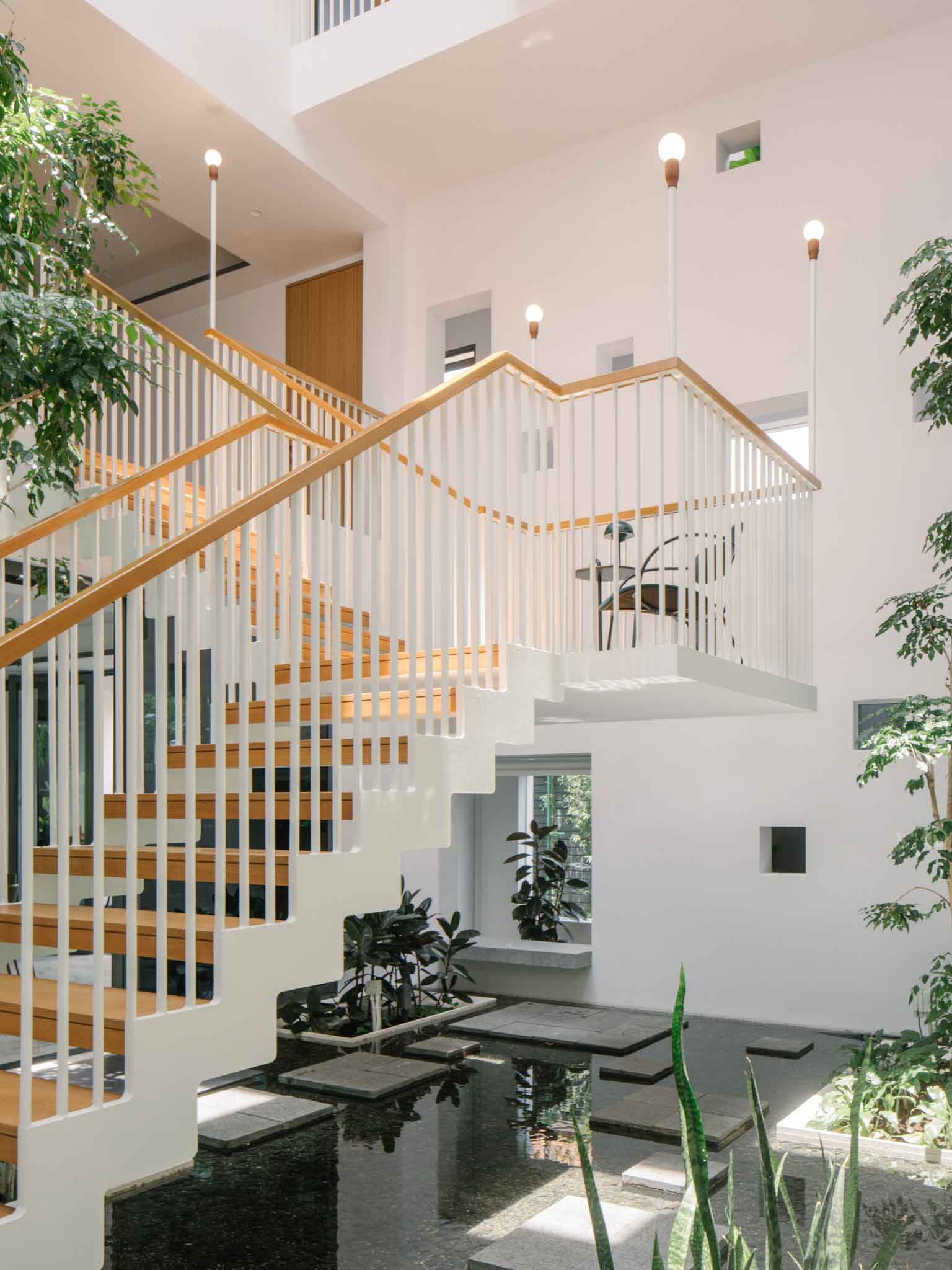 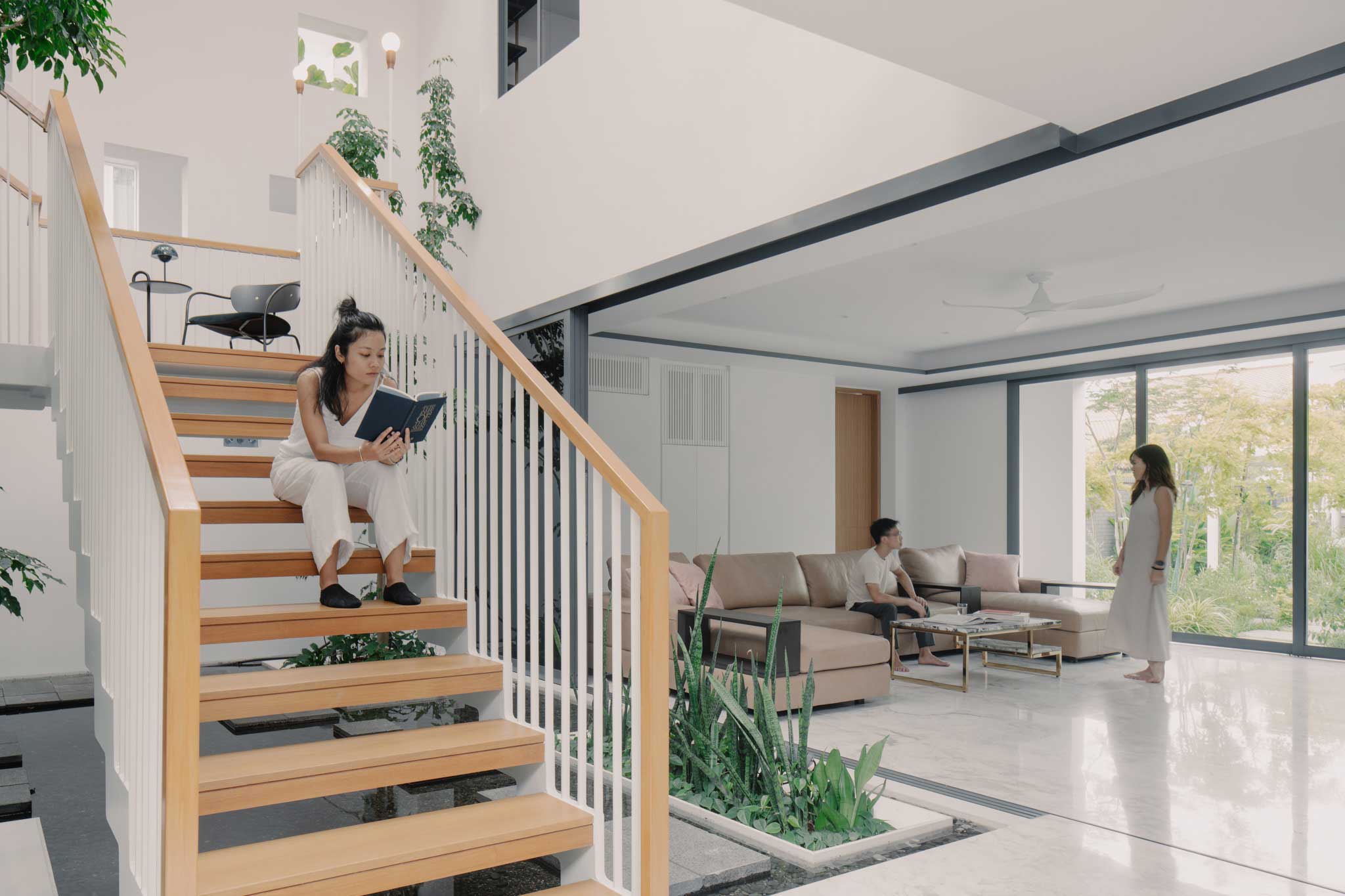 The primary staircase or “skybridge” winds around the trees of this indoor courtyard, rising directly above a gorgeous water feature.

The wide staircase landings encourage its use as an indoor balcony, where the residents can sit, enjoy the views of the garden, and the beautiful theatrics of light and shadow on the interior elements. It thus offers visual connectivity, while ensuring privacy. 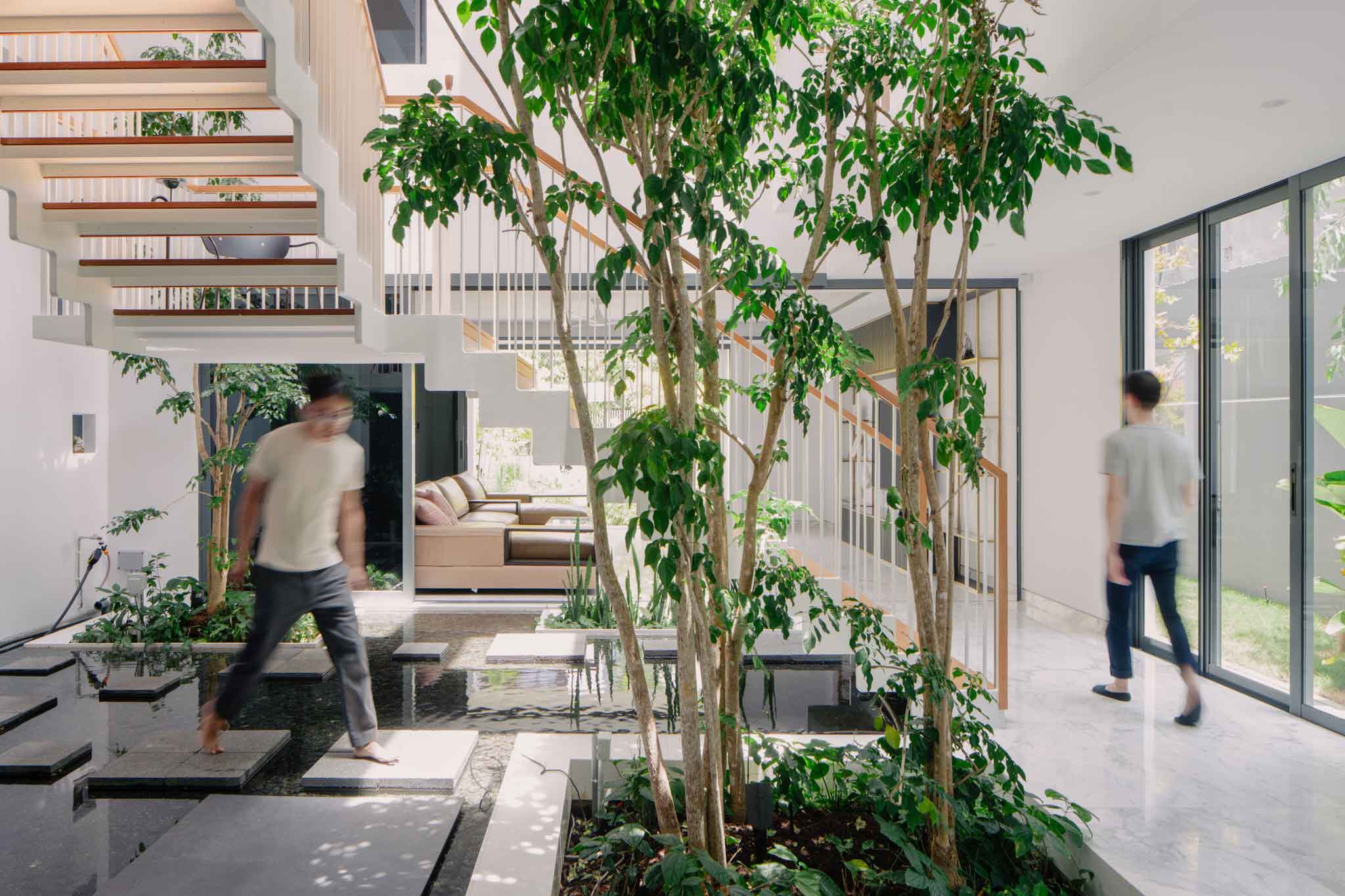 A second, linear staircase connects the front porch to the third floor and then continues to the rooftop garden. The greenery flows into the house, right from the front yard.

The outer, punctuated envelope that encases the greenery and indoor courtyard, shields the house from the harsh sun rays from the west. 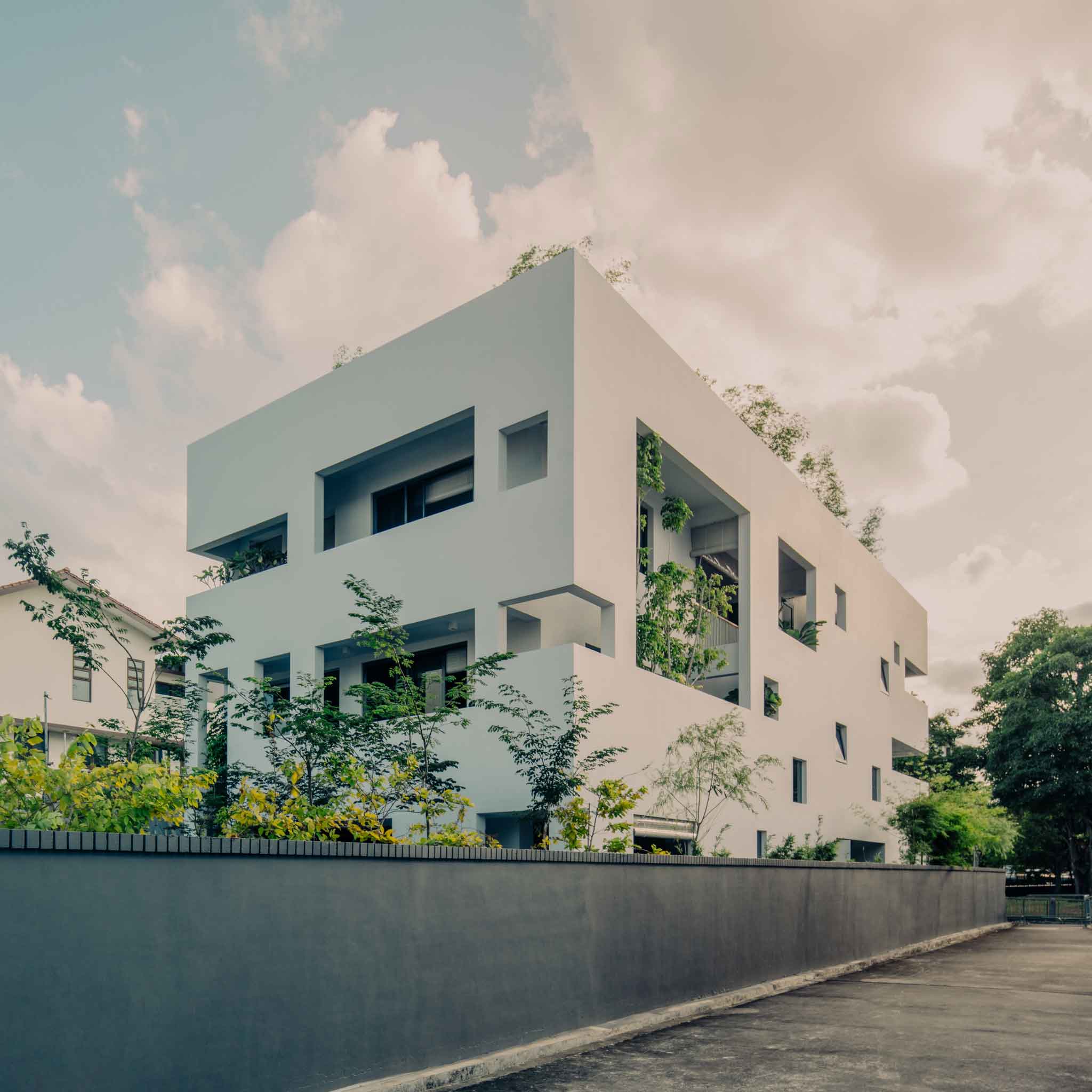 The arrangement of the apertures in the facade was carefully calibrated – low, horizontal ribbon windows offer sun-shading for the spaces that are oriented westward, whereas the larger openings allow light to nourish the indoor vegetation. 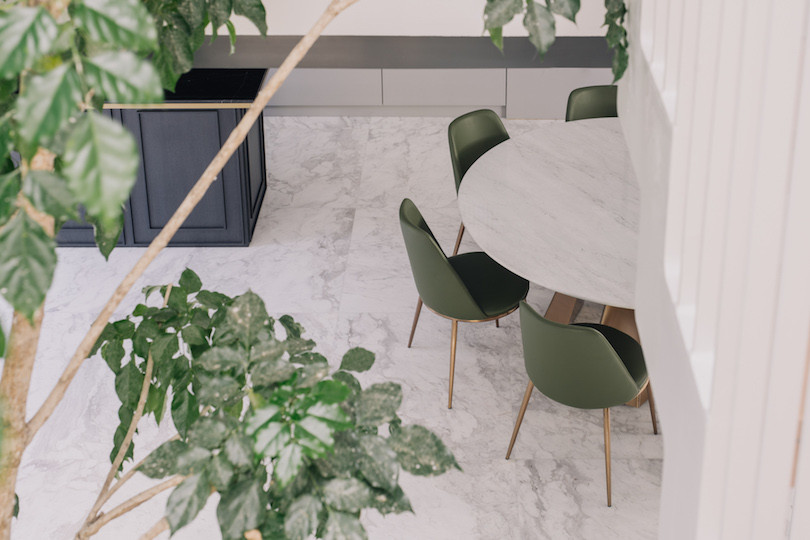 Windows on the inner frame of the envelope offer views of the interior landscaping, and also the neighbourhood park right behind the house. Several windows also open up into the central courtyard and hence provide some rooms with cross-ventilation.

These elements combined – the double-skin facade, apertures, landscape, internal courtyard, water feature, and a rooftop garden – create the ideal microclimate within the house, that’s defined by cool temperatures and breeze.

The microclimate resembles one found in a traditional tropical vernacular house with large eaves, but with a contemporary twist. The spatial configuration and interior design of the house, prioritise the quality of living, over maximising the built area. 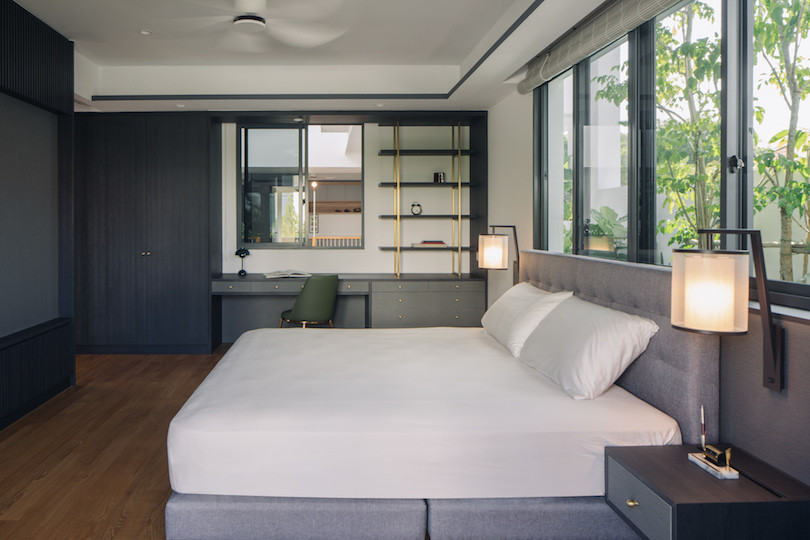 The relationship between the spaces and the environment is a mesmerising one, that strikes the perfect balance. There’s ample light in the house, without the intensity of the heat from the west, and there’s access to nature from within the house, and yet the spaces are clean.

Even the simple materiality of the alabaster plaster and paint, emphasise the massing and layered greenery of the Envelope House.

There is a seamless flow of spaces, in a way that each occupant has their own space while maintaining a rapport with the outdoors.

All images are taken from Asolidplan unless otherwise stated.

Slim & Narrow House Made Over For Growing...

This Malaysian House is Inspired By The Popular...

Beautiful Loft Is Transformed into A Stylish &...