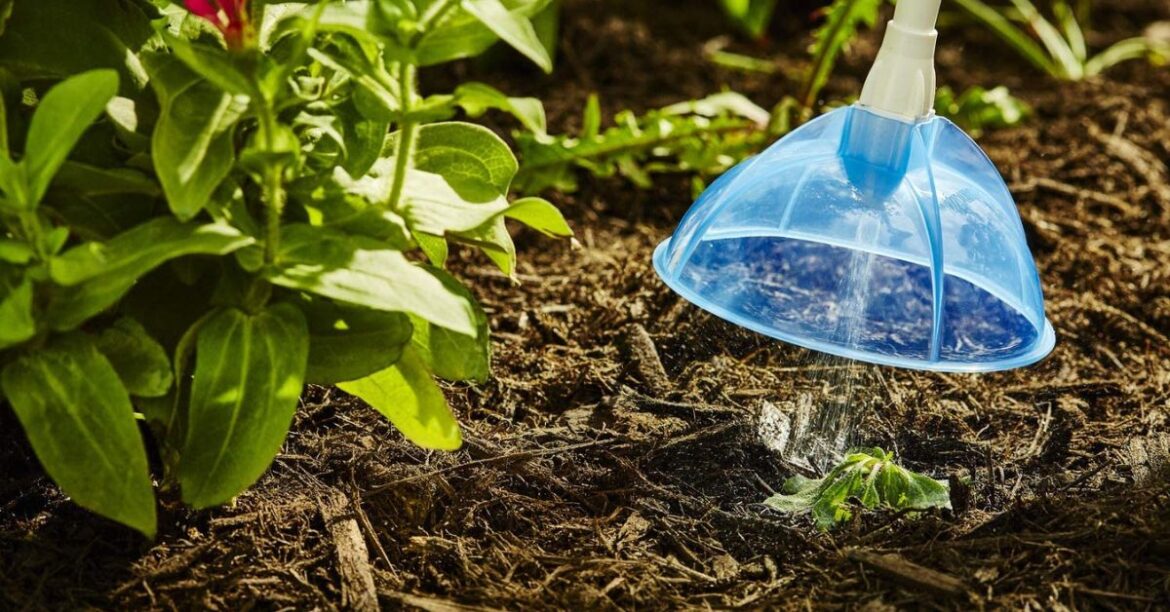 Weeds are parasitic, which can damage your lawn’s beautiful landscape. It affects the valuable plantation in your garden as they compete with them for vital resources like water, light, and nutrition. Similarly, they can also inhabit hard surfaces like patios, driveways, or gravel-based areas. It happens when there’s even a slight crack in the hardscape. Besides its unsightly appearance, the unstoppable growth of weed roots can break up these surfaces.

Weeds are unrequired; hence you must kill them as soon as you see a single sign of their inhabitation. For this purpose, a strong weed killer works the best. Therefore, to simplify your hunt, we have searched and reviewed the 7 best weed killers of 2022. Using them will kill the current weed growth and prevent its relapse for several months.

Features of a Good Weed Killer

Besides being potent against weed growth, there are multiple things that a good weed killer should cover. Let’s briefly overview them.

As discussed above, the first thing that matters the most is a weed killer’s efficacy level. A high-quality herbicide shouldn’t only kill the existing weeds but also prevent their re-growth for at least a few months.

A good weed killer must contain some potent ingredients to do the weed-killing job properly. Glyphosate or imazapyr are the top two choices in this case. Both are extremely powerful against stubborn weed growth.

Using a potent weed killer is necessary for productive results, but it should never compromise your or your pets’ safety. A good weed killer contains no health-harming ingredients. In case of any precautions, the weed killer packaging should state them clearly.

Suppose you apply a weed killer on affected areas and it starts raining immediately. If the weed killer isn’t rainproof, it would easily wash away. It’s also not possible to sprinkle such weed killers on wet surfaces. You must wait for them to dry before application. Instead of going through these hassles, you should expand your budget and buy a rainproof weed killer.

Reviewing the Leading Weed Killers of 2022

If you’re looking for a ready-to-use liquid for killing weed, go for the Roundup Ready-To-Use Weed & Grass Killer III. There are multiple reasons behind it being our top pick. It displays immediate results in less than three hours. Moreover, a combination of potent ingredients, including glyphosate, pelargonic acid, and isopropylamine, eliminates the wild grass growth deep from its roots. It’s perfect for clearing off landscape weeds. However, it’s a bit costly, but all the exceptional features make your spending worthwhile.

Some of its valuable features are:

The Ortho Weed Killer is one of the best choices if you want to stop weed growth for at least a year. Its concentrated formula is behind this long-term effectiveness. However, you must follow the proper instructions to get productive results. There are no hard and fast rules for it. You can use a tank sprayer to sprinkle this weed-killing liquid on any area. This cleaner shows equally effective results whether you apply it on hard sidewalks or sandy landscapes.

Let’s overview a few unique attributes of this weed cleaner that comes under our top three picks.

Your search for a two-in-one weed and grass-eliminating liquid can end with this Spectracide Weed & Grass Killer Concentrate. It takes only 15 minutes to become rainproof. After that, no moisture source can stop this potent liquid from killing the weed. You will start seeing the effective results after three hours of spraying it. However, it takes 24 hours to eradicate the weed and unwanted grass completely. Multiple factors influence this timing, including the type of weed, temperature, etc.

It’s time to discuss some of the amazing features of this weed killer.

Roundup, a famous brand, sells almost four types of weed killers. The Roundup Ready-To-Use Extended Control Weed, one of them, is perfect for extended wild growth control. It kills the existing weed while ensuring no re-growth occurs for the next four months. This liquid takes an average duration of three to six hours to show visible results. It also gets rainproof only ten minutes after application.

Here are some of its features:

This granular Andersons Weed Killer is a highly potent herbicide. It has the largest coverage area among all our picks, which is almost 5,800 square feet. Small-sized particles ensure more granules are spread per square inch. This characteristic makes it a quickly-effective weed killer.

The involvement of modern granule dispersing technology allows its quick dispersion. All the particles break down into thousands of fine granules when they come in contact with water.

Let’s overview its some other features below:

Are you searching for a glyphosate-free herbicide to prevent weed growth? Then buying the ECO Garden PRO Weed Killer can help. It is entirely safe to spray around humans and pets as no harmful ingredients are in its composition. This organic weed killer produces top-notch results in 24 hours. It’s also safe for groundwater and biodegrades quickly since no toxic elements like phosphate exist.

Some of its other features include:

Last but not least, Southern Ag Weed Killer shows strong results against broadleaf weeds. Its active ingredient, ag amine, is highly effective on pastures, golf courses, cemeteries, and other similar hardscapes. You can also use it for weed-killing on industrial premises.

To know more about the specialties of this weed killer, read the below features.

Killing weed is necessary as its overgrowth can harm the natural vegetation. It can also crack open hard surfaces. Hence, you must not think much and buy a potent weed killer to avoid these consequences. Our 7 best weed killer picks can help you choose the one that best suits your needs.